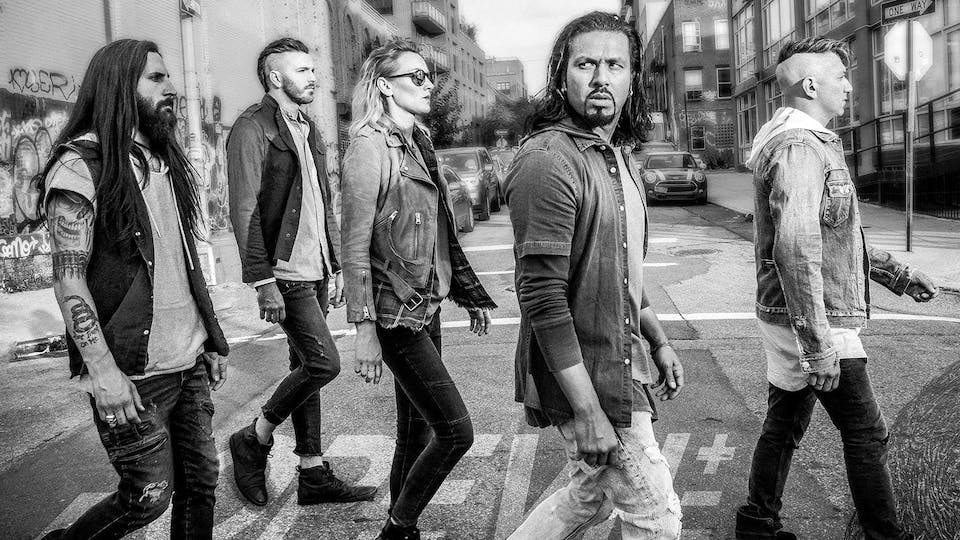 98.9 The Rock Presents: The Versatile Tour

Due to unforeseen circumstances, The Pop Evil event on June 18th has been POSTPONED. When a new date is announced, there is nothing you need to do: your tickets will be valid for the new date and you will be notified.

Any questions, please email us at info@thetrumankc.com and we will get back to you as soon as we can. 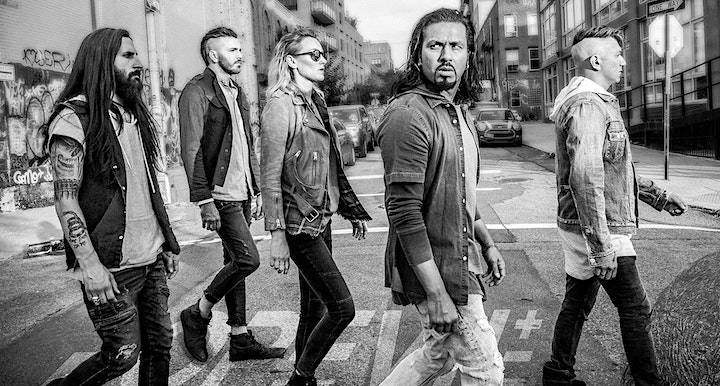 POP EVIL smashes through the odds like a battering ram, weathering the trials and tribulations of paying dues with a steadfast resilience owing much to their blue collar and middle class backgrounds, and building a worldwide audience one fan at a time. As the moniker promises when emblazoned on a CD or radio dial, POP EVIL conjures aggressive riffs and hard charging sing-a-longs with emotional heft and melodic power in equal measure. It’s music by the people, for the people.

There’s a reason Billboard named POP EVIL the #4 Mainstream Rock Artist of 2014, and it’s not just because of those three(!) consecutive #1 Rock Radio Singles from the last album (and a fourth that cracked the Top 10), the Top 10 Independent debut and Top 40 Billboard 200 debut of ONYX, or that album’s subsequent 180,000 in domestic sales. All of which being undoubtedly rare feats to accomplish as independent artists in any genre of music.

Simply put, POP EVIL is a larger-than-life true rock n’ roll band blending the earnestness of Pearl Jam and Soundgarden with the celebratory showmanship of Motley Crue and KISS, capable of empathizing with the daily struggles of their fans while simultaneously offering the escapism a truly bombastic concert provides. It’s an attitude and a way of life POP EVIL has put proudly on display on tour with Godsmack (as part of Rockstar Uproar), Five Finger Death Punch, Three Doors Down, Papa Roach, Stone Sour, Three Days Grace, Theory Of A Deadman, Black Stone Cherry and more.

Purposefully assembled at Studio Litho and London Bridge Studios with producer Adam Kasper (Pearl Jam, Soundgarden, Foo Fighters), UP is the sound of a rock band cementing a powerful identity that’s steadily materialized over the course of three prior full-length slabs. The inspirational soon to be live staple “Footsteps,” the swaggering “Take It All” – POP EVIL prove their burgeoning success is no accident.

“There were many more highs than lows in the wake of ONYX,” summarizes band frontman LEIGH KAKATY. “The only real low was that it was hard to be gone from our families for another year. But the highs were amazing. We experienced our first #1 record with ‘Trenches,’ followed by ‘Deal with the Devil,’ and then again with ‘Torn to Pieces,’ which was a song about my father, who passed in 2011. Having that song go to #1 was a nice tribute to my pops, and closure for my personal journey.”

“Then came ‘Beautiful.’ Having four singles at radio from any album these days is a huge honor itself. We were just grateful. It humbled us,” he says. “We tasted the fruits from all of the previous years, from when we felt like nobody was listening.”

After a self-released record and EP kicked up a buzz, the first proper POP EVIL album, Lipstick on the Mirror found its way to listeners via a major label re-release, despite the business trouble that resulted in Pop Evil tearing up their major label contract on stage, in what Spin Magazine called one of the Ten Best Moments of Rock on the Range. The band’s pristine follow-up, War of Angels, brought Pop Evil to a worldwide audience, driven by the strength of radio ready tracks “Last Man Standing,” “Monster You Made,” and the Mick Mars collaboration, “Boss’s Daughter.”

Produced by Johnny K (Disturbed, 3 Doors Down, Megadeth), ONYX represented a bold new creative achievement, and provided several career milestones, including a triumphant return to Rock On The Range where the band played “Trenches” with Rock and Roll Hall Of Famer Darryl “D.M.C.” McDaniels as 13 U.S. Marines (showcasing the Lima Company Eyes of Freedom Memorial) stood behind them.

“People ask me all the time, ‘What it's like to hear your song on the radio?’ It never gets old!” Kakaty declares. “It's a reminder of hard work, and of having that dream sitting in your garage, trying to write a song that someone would love one day. That dream happened for our band and it's something that we don't want to take lightly.

“Now it's time to step up our game and let people know we can back it all up,” he adds. “We want to prove we aren’t a one hit wonder. We didn’t just get lucky.”

UP is a bold reintroduction and step forward, with guitarists NICK FUELLING and DAVEY GRAHS, bassist MATT DIRITO and Kakaty at the top of their game. It’s always a bit cliché, not to mention questionable, when a band says their new album is the best one yet. But in the case of POP EVIL, it’s an absolute fact.

“When I listen rock radio today, I think, ‘Where’s the fun?’” Kakaty explains. “Where’s that release that gets people away from their everyday stress? The more we toured on ONYX, we realized we wanted more of that element in our set. ‘Some songs have a lot of discipline, anger and angst to it, which is one side of the band. It’s do or die. Other songs deal with temptations, or loss. ONYX came from a dark place, so with this album, UP, we wanted to remind ourselves to have fun, too. That attitude has led to a rebirth, a growth we haven’t seen before. We’re excited about it.”

POP EVIL sees each of their records as a time capsule, a testament to who they were and where they were at in their lives when they made it. Having conquered Rock Radio with three consecutive number one singles on the last album, the question became, “Where to from here?” They’ve been careful not to repeat themselves. The band constantly pushes forward, evolves, experiments and adapts, while staying true to their core.

It’s with this attitude that POP EVIL succeeded in building a lasting bond with their fans. It’s the type of environment created by the groups who listeners treat like family, and the bands celebrate the same way in return. Fans bring bands into their lives, they make the songs a part of them. Music doesn’t belong solely to the songwriters who create it. It’s a shared experience, a community possession, the moment it’s unleashed across the airwaves and strikes a chord with someone else.

It’s why powerhouse sports teams like the Anaheim Ducks, New Jersey Devils, Boston Bruins, and the band’s very own Detroit Red Wings, Tigers and Michigan Wolverines bang their anthems over the loudspeakers. POP EVIL’s music brings people together, energizing listeners with power; on the radio, on ESPN, FOX, ABC, and anywhere.

POP EVIL won’t criticize the wide variety of tools at the disposal of artists these days, finding nothing inherently wrong with programming, loops, samples, or studio enhancements. Nevertheless, POP EVIL champions the special magic found when a rock n’ roll band strips it back down to drums, bass, guitars and a microphone. “One of my greatest accomplishments in life was learning how to play that guitar,” says Kakaty. “At first, it’s intimidating. You don’t even want to touch that thing! But once you learn, anytime you walk by one, you’re like, ‘Give me that damn thing.’ It’s a gift.”