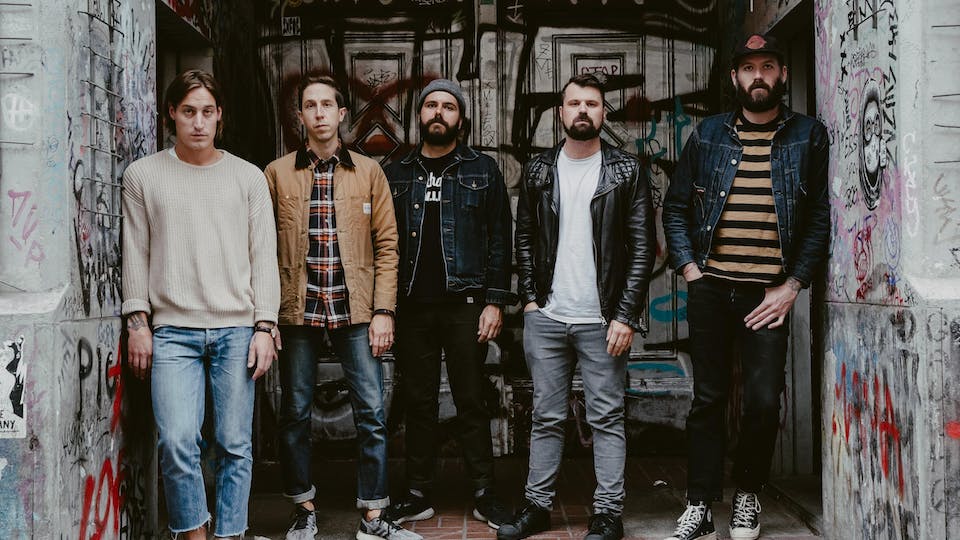 Four Year Strong, I The Mighty 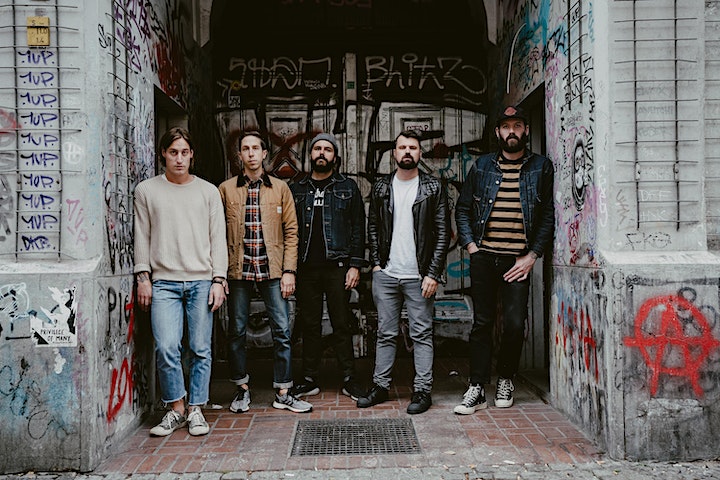 Longevity is a rare feat for any band, especially one rooted in a foundation of punk and hardcore. Aggressive music is often fueled by youthful fire and sustaining a career without completely abandoning that urgent sound is almost impossible for most bands. But what’s possible for "most bands” has never been a concern for post-hardcore pioneers Silverstein. Throughout the course of their 20-year career, from Ontario basement shows to touring the world and selling over a million records, Silverstein has always managed to be completely comfortable in their own skin while never being afraid to challenge themselves. This perfect balance marks the band’s eighth full-length, Dead Reflection, an album that proves Silverstein still has plenty of fire left.

Dead Reflection is an album that couldn't exist without everything that's come before it, a culmination not just of Silverstein's sonic growth, but also the personal journeys entangled in the band’s career. Longevity was never the objective, but that drive to deliver their absolute best, no matter what the cost, is exactly why the band remains at the top of their game after almost two decades. For Silverstein there is no settling, no stopping, and they give nothing less than everything. 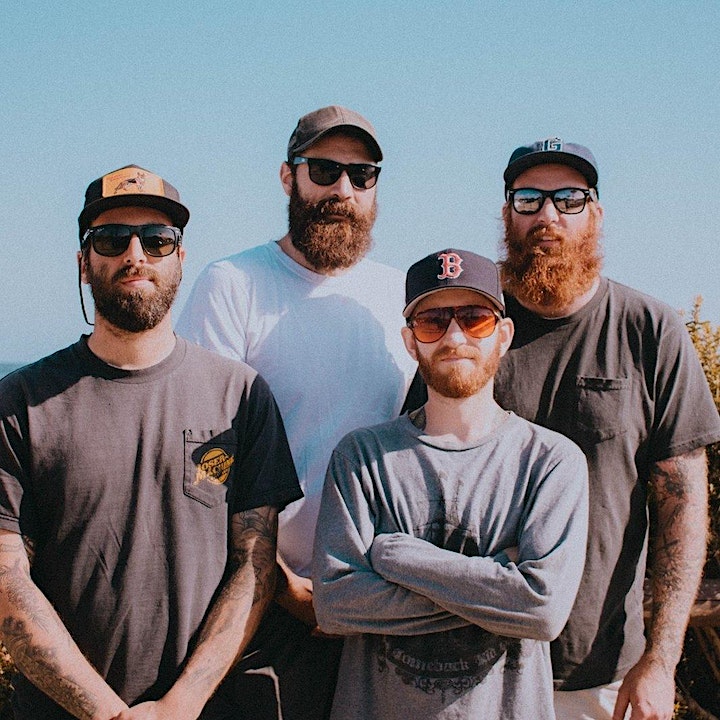 Taking influence from the likes of Lifetime, Gorilla Biscuits, and New Found Glory, Four Year Strong built an aggressive and melody-riddled combination of hardcore, emo pop, and pop-punk upon their formation in Worcester, Massachusetts. The band's lineup -- vocalist/guitarists Dan O'Connor and Alan Day, bassist Joe Weiss, drummer Jake Massucco, and synth player Josh Lyford -- was cemented during the musicians' high-school tenure in 2003, though a form of the band had already existed for several years. Following the appearance of two self-released EPs, Four Year Strong signed a deal with New Jersey-based imprint I Surrender Records. Their debut full-length, Rise or Die Trying, was issued on the label in September 2007. Tour dates with groups like the Starting Line, Valencia, and From First to Last kept them on the road for the remainder of the year. Their next release, an album of '90s covers called Explains It All, arrived at the end of 2009 and was followed a year later by the original set Enemy of the World.

At this point, the band decided to lose its synth element, paring down to a quartet and parting ways with Josh Lyford in the process. In 2011, Four Year Strong went into the studio with producer David Bendeth to work on their fourth album, In Some Way, Shape, or Form, which was released at the end of the year. Their serious new tone took many fans by surprise and they took a few years to deliver a follow-up. Released in 2014, their Go Down in History EP was considered a sort of return to form. In early 2015, nearly four years after their last LP, they announced the release of their self-titled fifth album and first for California-based indie Pure Noise. The album was a success for Four Year Strong, reaching number 77 on Billboard's Top 200. They followed it up two years later with a collection of rarities and unplugged material called Some of You Will Like This, Some of You Won't. 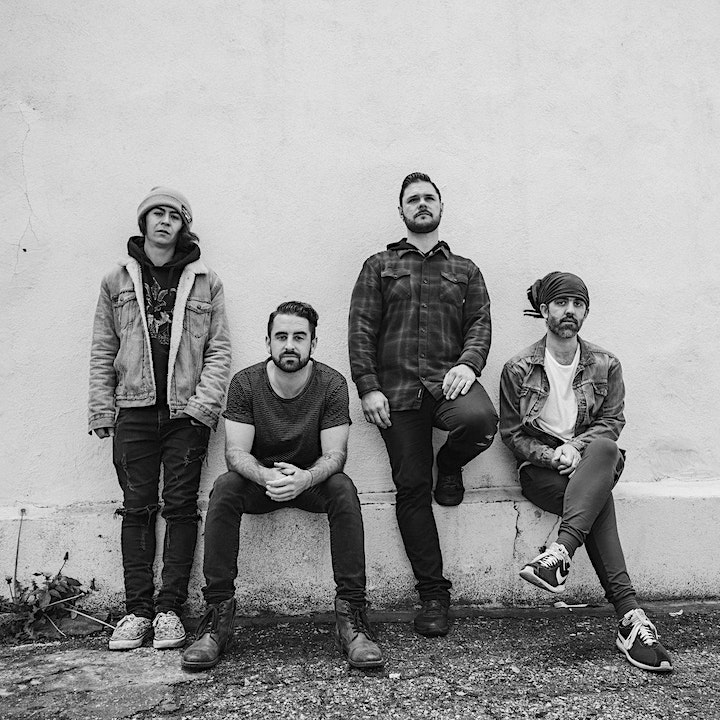 “We don’t want people to just listen to our music on a surface level. We want people to dive into the songs and dissect them and to really feel them,” explains Brent Walsh, vocalist for the San Francisco Bay Area band ​I the Mighty​.

Since the band’s inception in 2008, I the Mighty ​have come to be recognized as one of the most progressive voices in alternative rock. Over the course of the past decade, the band has built a cult-like international following largely through their explosive live show - which has seen the band touring with such notable acts as ​Coheed & Cambria​, ​Say Anything and ​Glassjaw,​ slots at England’s Download Festival and Reading & Leeds festival, and a 2017 national headline run that culminated in back-to-back sold out shows in Los Angeles.

“We want to tour the world. We want to continuously put out records that mean a lot to us. We want to put our own stamp on the music scene by developing our own sound. We want to continuously set and reach goals throughout our career so that we can better ourselves as musicians and people,” Walsh concludes. “And the thing we hope for most...is that our music means something to someone, the way that other artists have meant so much to us in our lives.”

The acclaimed album is a collection of eleven artistically mature, meticulously crafted rock anthems that sees lead vocalist, Brent Walsh, tackling the topics that have shaped his own personal growth since the release of their last album; both in terms of life experience and in regards to more abstract topics. The lead single, “Chaos In Motion,” premiered world-wide on ​BBC1 Radio Rock and also featured the ultimate “unsatisfying” video that was picked up by ​Viral Thread where it amassed over a million plays in 24 hours. “Chaos In Motion” opened the band to a new demographic of fans that have eagerly sought out the rest of their catalog and seem to have joined the ranks of the band’s already large and dedicated following.

Now, I The Mighty have their own large shoes to fill, but have eagerly met the task. The band’s newest offering, the single ​“Cave In,” is an explosive, emotionally wrought landscape of sound that invites the listener into the darkest recesses of frontman Brent Walsh’s memories of witnessing substance abuse in loved ones.

“‘Cave In’ is a song that people close to me have been pushing me to write for the better portion of my career. I think I've put it off because it can be easier to bury things than to face them, but I know that the song's content is something that a vast amount of people can relate to,” says Walsh. “Experiencing substance abuse among close family, especially as a child, is something that I and many others will carry with them for life. My hope is that ‘Cave In’ can be as cathartic for people to listen to and sing along to, as it was for me to write.”

“Cave In” continues I The Mighty’s standard of maintaining disarming honesty lyrically, coupled with expansive instrumentals that elevate the song from emotional to heartrending. It’s a fluid movement from the sound of ​Where the Mind Wants to Go / Where You Let it Go ​that promises a future of even more growth and complexity from the band. For a group whose goal is to continuously evolve and leave their mark on the music scene by creating a sound and identity all their own, I The Mighty is unquestionably up to the task.