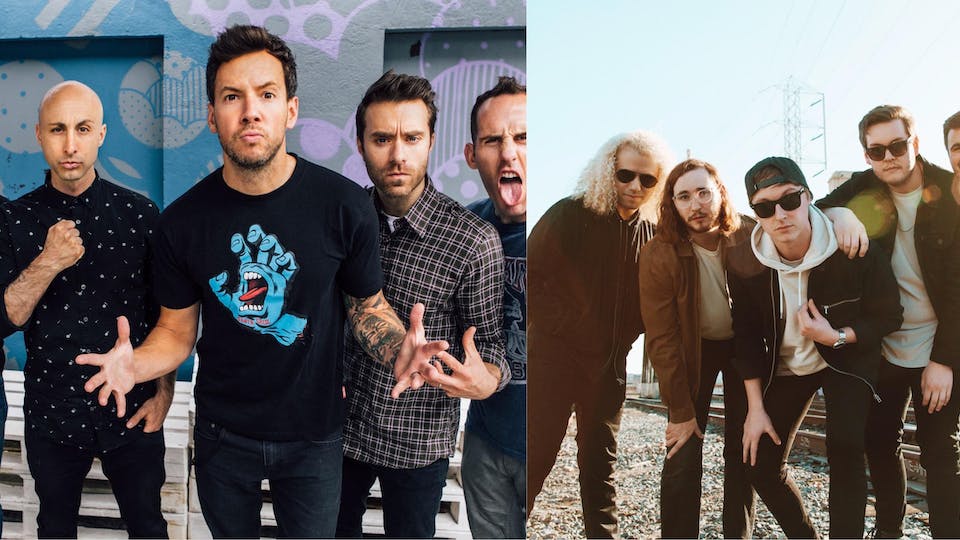 We The Kings, Northbound 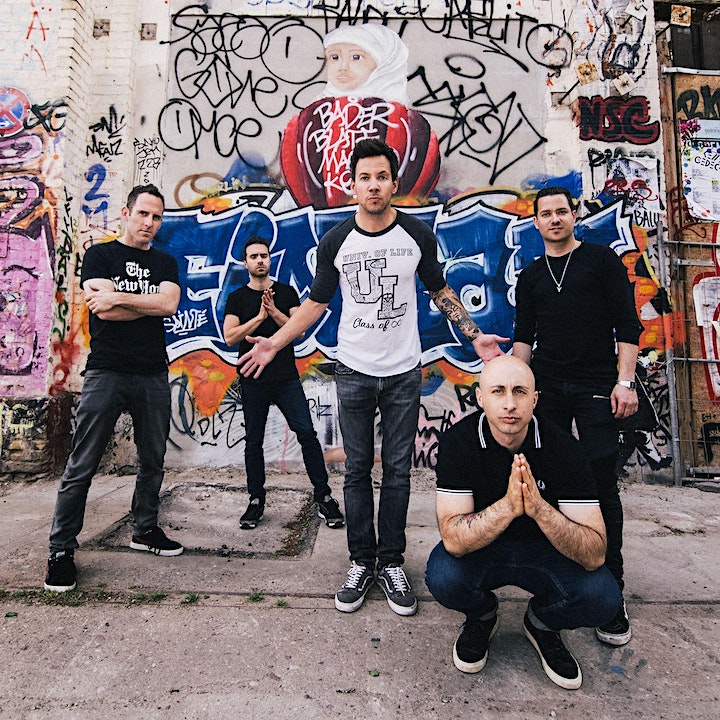 They have played at some of the music industry's most prestigious events like the 2010 Winter Olympics closing ceremony, the 2004 Live 8 benefit concert, the MTV Music Awards as well as multiple TV appearances on shows like The Tonight Show, Jimmy Kimmel Live!, the 2008 NHL All-Star Game and 2015 NHL Winter Classic game where they sang the Canadian National Anthem and the Macy's Day Thanksgiving Parade, among others. Last year the band performed throughout the USA as one of the headliners for the final Warped Tour and were featured at the two monumental Warped finale events in Cleveland and San Francisco this summer.

Through their Simple Plan Foundation, the band has donated more than $2.5M to youth-focused charities since December 2005, helping both young people in need and children facing life-threatening illnesses as well as promoting musical education programs in Canada and abroad. The band continues their philanthropic initiatives and $1 of every ticket sold on this tour will go to the Simple Plan Foundation and, with their friends in State Chanps, have decided to earmark the donation specifically to help children affected by the ICE raids in USA. 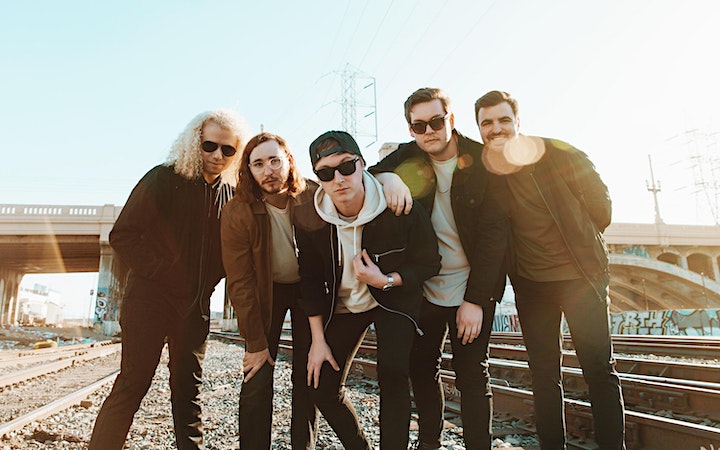 Over the past decade, Albany, New York’s State Champs have become a major player in the world of pop-punk, helping define the shape of the genre for a new generation of fans. And on June 10, Living Proof will push pop-punk forward.

Formed in 2010 by vocalist Derek DiScanio and guitarist Tyler Szalkowski, the pair began laying the foundation of State Champs in garages and basements throughout their hometown. The band’s lineup would shift a bit, but DiScanio and Szalkowski were always at the helm, crafting the band’s 2013 debut, The Finer Things, along with guitarist Tony "Rival" Diaz and drummer Evan Ambrosio. They’d add bassist Ryan Scott Graham the following year and, in 2015, they’d release Around The World And Back, a record that elevated State Champs to a frontrunner in the genre.

The band’s third album, Living Proof, will be released June 15 on Pure Noise Records, and it’s the most ambitious and cohesive work in the band’s catalog. “It was like, let’s take as many swings at it, try as many new things and experiment, until we get to the point where we could start searching through it all and then find the album,” says DiScanio of the writing process. After touring for Around The World And Back wrapped, the band returned to Albany, headed back into the garage, and started writing songs for what would become the framework for Living Proof. Getting back to their roots paid dividends, as the band had a new batch of songs ready, and once they linked up with the album’s producers, they wrote even more.

Living Proof was recorded in two different sessions with different teams assisting the band. The first session saw John Feldmann producing, who brought his knack for writing hit records—which he’s done for bands like Blink-182 and Good Charlotte—into the fold. But State Champs wouldn’t let their old-school roots die, teaming up with Mike Green and Kyle Black, the pair that shepherded Around The World And Back across the finish line. “If there was only one chance we had at beating the sound of Around The World And Back, we still had to have them involved,” saud DiScanio. With the recording process split in two, it allowed State Champs to write and record more songs than ever before, culling it down to the most potent batch possible. “At the end of the writing and recording process, we had 19 or 20 songs. We looked at each other like, ‘Holy shit. What the hell? This has never happened before,’” he said. .

Not only that, State Champs collaborated with some of pop-punk’s heaviest hitters, as the band co-wrote songs with Alex Gaskarth of All Time Low and Mark Hoppus from Blink-182. Though State Champs had no intention of working with Hoppus, the punk legend stopped by Feldmann’s studio while the band was recording and quickly took a liking to them Before long, Hoppus was helping the band write a pair of songs, working with DiScanio on the lyrics, and then jumping in the vocal booth to lay down some parts of his own. “We had no idea he was even coming in,” said DiScanio, “Then the next day, me and Mark Hoppus are just sitting out by John Feldmann’s pool writing lyrics from scratch. And that ultimately ended up being ‘Dead And Gone,’ which is the first singe on the record.” 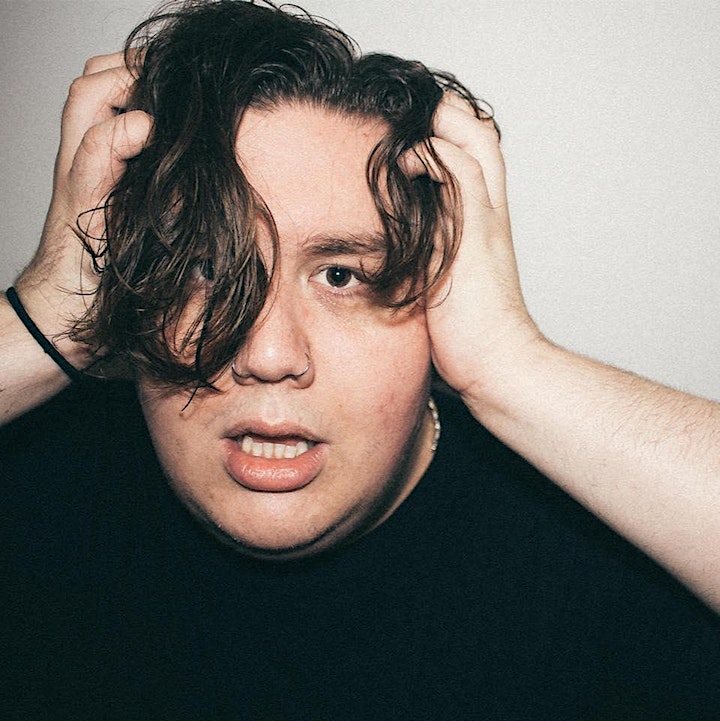 Jonathon Fraser, also known as NORTHBOUND, comes from a different world than most of his peers. After years of DIY touring in the punk and hardcore scenes, Fraser has a very hands-on approach to everything he does, and this has allowed him to be impressively prolific since he began releasing music under the NORTHBOUND moniker in 2012.

Though it started out as an acoustic solo project, NORTHBOUND quickly evolved to its current hybrid state between acoustic and full band. This dynamic allows Fraser the flexibility to be the primary songwriter, as well as play shows as a solo act if touring bandmates are unable to join him.

$1 of every ticket sold on this tour will go to the Simple Plan Foundation. Together with State Champs, the band has decided that all the money raised on this tour will be donated to help children affected by the ICE immigration raids in the USA.