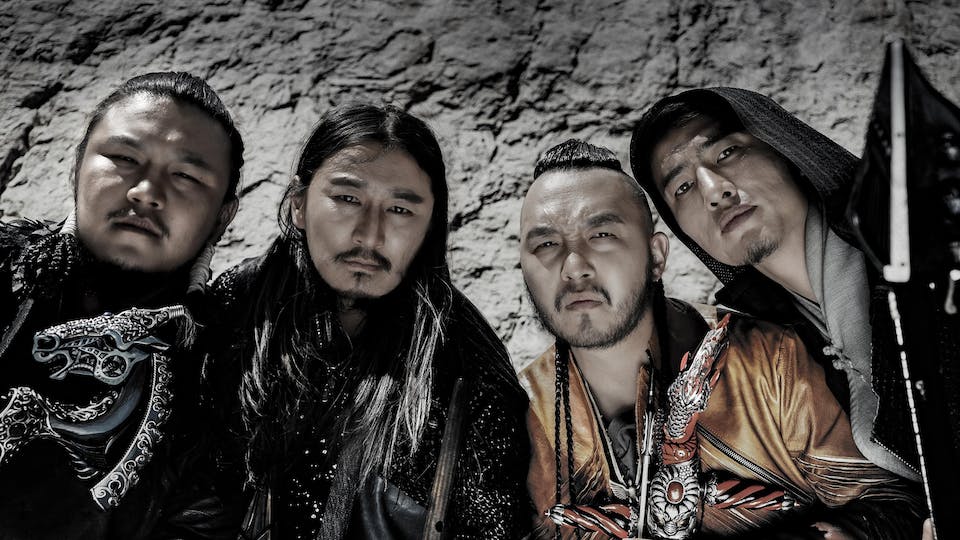 The HU is a band from Mongolia that blends hard rock and traditional Mongolian throat singing. Their first two videos (“Yuve Yuve Yu” and “Wolf Totem”) immediately went viral garnering the band over 30 million views. The explosive reaction to The HU resulted in a number of features about the band in global media such as NPR, GQ, The Independent, VICE, ET India Times, Playboy Mexico, Jack Canal+Fr, Hong Kong 01, DW as well as a sold out European Headline tour.

The Hu stands for the Mongolian root word for human being, inspiring their original style of music that they call “Hunnu Rock.” The band pull Inspiration from the Hunnu, an ancient Mongolian empire better known as The Huns in western culture. Their music is deeply embedded with their ancient culture, even integrating old Mongolian war cries and poetry into their lyrics.

The group was founded in 2016 in Ulaanbaatar, Mongolia by their producer Dashka, along with band members Gala, Jaya, Temka, and Enkush. Together they create rock music with traditional Mongolian instrumentation such as the Morin Khuur (horsehead fiddle), Tovshuur (Mongolian guitar), Tumur Khuur (jaw harp), guttural throat singing built around the pillars of heavy rock: distorted guitars, bombastic drums, and aggressive rhythms. All four members have earned Bachelor’s or higher degrees in classical music and have gained several years of touring experience throughout Asia and the Pacific Rim. The band’s inaugural performance as The HU was in June 2019 in their hometown, followed by their first headlining European and UK tour this past June and July which sold out. The band also debuted this summer on several major festivals including in Download Festival, Rock Am Park, and more.

Since the formation of the band, they’ve been working on their debut album entitled The Gereg. The word was used as the first diplomatic “password” by the Mongol empire during the time of Genghis Khan. The album contains nine songs including the recently released “Yuve Yuve Yu,” “Wolf Totem”, and “Shoog Shoog” and is slated for a global release on September 13th, 2019 on Eleven Seven Music.

The HU will embark on a world-wide tour in support of their debut album, and one thing’s for certain: this show is not to be missed. 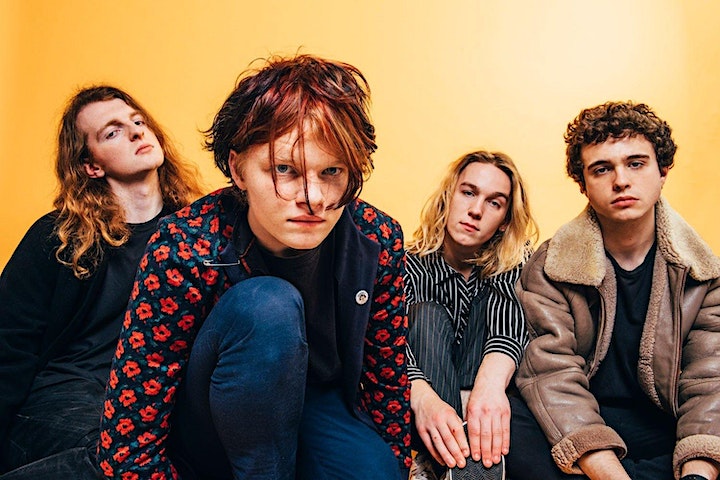 King Nun exploded onto the London live scene two years ago, and remain one of the capital's most exciting outfits, building up a fierce live following around the UK. After releasing a string of hype-amassing singles in 2017, the four-piece decided to do things differently to their peers, and took a considerable amount of time off to hone everything in. They returned with a forward-thinking debut EP in tow, which staked their claim as a band ready to explode in 2019. Released in November 2018 via Dirty Hit (The 1975, Wolf Alice, Pale Waves), I Have Love was a remarkable release, tackling a multitude of issues, from dysfunctional family life to abuse and groping at gigs, all centred about love's many forms, but put through the chaotic punk filter that defines the band and their influences. It's an informed, meticulously crafted release that sets the tone for what the Wandsworth quartet can do when they release their debut album later this year.