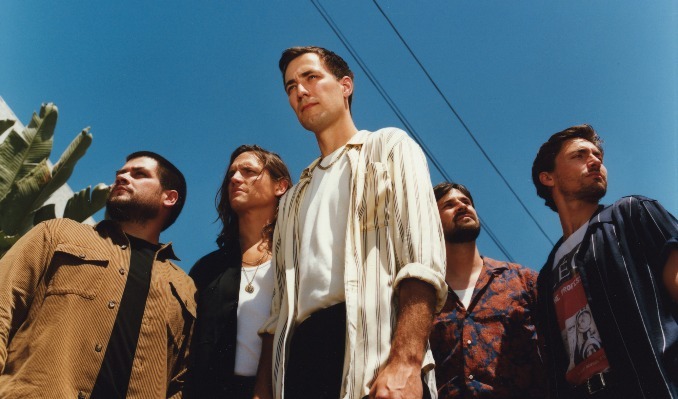 Entrance to this event will require proof of one of the below items: • A full course of COVID-19 vaccination, with their final dose at least fourteen days prior to the show. Card or a photo of the card will work, and will be verified against a valid state issued ID. • A negative COVID-19 test result (molecular, PCR or antigen) that was administered by an official testing center. Test results must be dated no more than 72 hours prior to entry. Home testing kit results will not be accepted for entry.

Hembree’s path to success is proving to be as nostalgia-inducing as it is powerful: labor away at home and in fly-by-night studios creating music you love; send your song to the local DJ (yes, on the actual radio) and have him love it so much he plays it immediately; tour and tour and tour and tour and tour; and begin to hear that song on radio stations across the country, acting as early beacons to the larger world taking notice.

Hembree are from Kansas, a state best known for not much worth talking about in a band bio, but also a beautiful place with cracks in its highly conservative foundation where creativity and ambition flourish. This is the Kansas Hembree are from. They come from families of musicians and music-shop owners, people who find the divisive politics of the state just as foreign, if more immediate, as their Coastal peers. And in the grand rock’n roll tradition Hembree are also family: Isaac Flynn (lead vocals, guitar) and Eric Davis (keyboards, synths) are brothers-in-law and high school buddies. Sadly, Garrett Childers (vocals, guitar) has to be content with the role of life-long friend and general bon vivant.

Their new EP, Had It All, arrives on the heels of Hembree’s second single “Holy Water” and its slow, simmering success. That song, released in November 2016, made it onto the Billboard Alt Radio chart (virtually unheard of for a band without a machine behind them), garnered close to one million streams, and opened the door for Hembree to perform with artists as varied as Cold War Kids and Elvis Costello.
Their sound - smart, tightly constructed rock songs with stick-in-your-head hooks and soaring vocals - makes them great companions to the current crop of Alt-chart-dominating bands - like Portugal. The Man, Alt-J, Lord Huron and Royal Blood – Hembree are quickly taking their place next to.

Had It All features 4 new songs plus a re-released “Holy Water” - yes it’s that good, just listen - and showcases a sonic ambition and clarity of purpose that’s formidable. Over the last year and half the EP was recorded in Kansas City, in Isaac’s bedroom and various home studios. Working with friends that the band love and respect, in places they live and work everyday, the convivial environment shines through on these recordings: you can hear their lives in these songs. The band continued their fruitful partnership with producer Eric Hillman and the Grammy-winning mixer Joe Visciano (The Kills, Jamie XX, and Beck), with the end result being some of the best sounding guitar music being produced anywhere in the world.

More Info
*Service and handling fees are added to the price of each ticket.
Cancelled