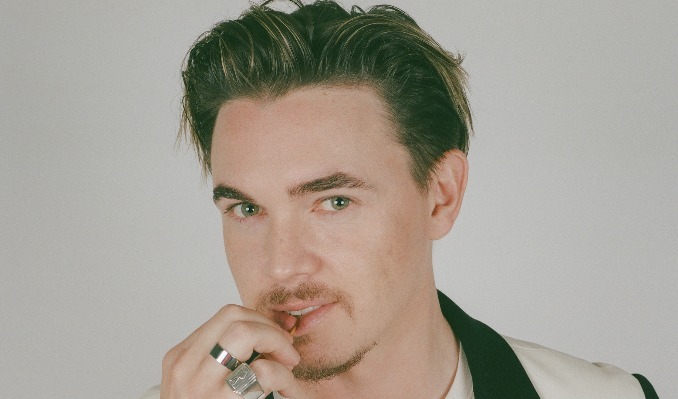 With the release of Jesse McCartney’s new single “Better With You” — his first new music since his well-received 2014 album ‘In Technicolor’ — it’s worth noting that the New York-born singer, songwriter, producer, and actor has had the kind of career that most young artists aspire to. With multiple platinum-selling tracks and a songwriting credit on Leona Lewis’s “Bleeding Love” under his belt, McCartney is ready to introduce his fans to who he is today.

His fans have been waiting almost four years since ‘In Technicolor,’ one of Spin Magazine’s Top Pop Albums of 2014. "It was a transitional time where I just let myself have some space from my career and get some perspective on life, something I really hadn’t had the freedom to do since I was 10. Then, a friend invited me to come to Nashville to do a songwriting camp for other artists,” McCartney recollects. “It triggered a huge surge in creative energy that led me to put this project and team together.” Now that he’s moving, McCartney has no intention of slowing down. He plans to release more music throughout 2018 and bring his dedicated fans along for the ride.

The deliberate attention McCartney pays to his craft is evident in the new songs he is gearing up to release this year, including “Better With You,” which he co-wrote with Brandyn Burnette, Molly Moore, and producer Rob Knox (Justin Timberlake, Rihanna). The acoustic-guitar-driven pop song is more sonically organic than the stylized, ’80s-inspired songs on In Technicolor and McCartney has re-vamped his visuals with art direction by Dewey Saunders (Anderson Paak, Bridgit Mendler). “It feels fresh to me,” McCartney says. “This is a really strange time,” he says. “Things are contentious. I think a song about finding a safe place with a partner is an uplifting message.”

AmazonOfficial WebsiteFacebookMySpace
*Service and handling fees are added to the price of each ticket.
Get Tickets