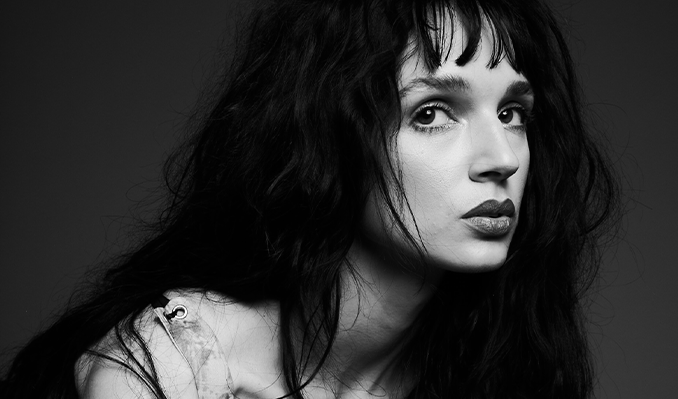 Post-genre art and music visionary Poppy has quickly risen to center-stage as an unassuming paragon of high culture, high fashion and high art. Embodying “alternative” in the truest sense of the word, she bleeds the boundaries between pop, progressive, and electronic underpinned by unpredictable time signatures shifts and heavy edge on her third full-length and debut for Sumerian Records, I Disagree.
I Disagree was a decisive document of her progression from internet phenomenon to musician of unparalleled aplomb, yielding critical acclaim in the form of cover stories for NME, Revolver, Kerrang!, Upset, TUSH and inclusion on several best of 2020 lists (#1 Upset, #12 Revolver, #19 Popbuzz, #23 Kerrang, etc.), as well as a GRAMMY nomination for Best Metal Performance (BLOODMONEY), making her the first solo female artist ever nominated in the category.
Poppy premiered the title track from EAT (NXT Soundtrack) in an iconic performance for the GRAMMYs that left fans begging for more until the EP's surprise release as part of a major televised event in partnership with WWE.
She followed the EAT EP with the single Her on June 30, 2022 to much acclaim for both the song and its innovative music video.
Outside of music, Poppy also became the face of Viktor and Rolf's blockbuster fragrance Flowerbomb with L’Oreal and recently launched 2 pairs of signature shoes in collaboration with KOI Footwear. She has also released two graphic novels, Genesis One & Poppy's Inferno and her short film, I'm Poppy premiered at the 2019 Sundance Festival.
Read More

Official WebsiteFacebookTwitterMore InfoYouTube
*Service and handling fees are added to the price of each ticket.
Get Tickets