Stray From The Path, Dying Wish 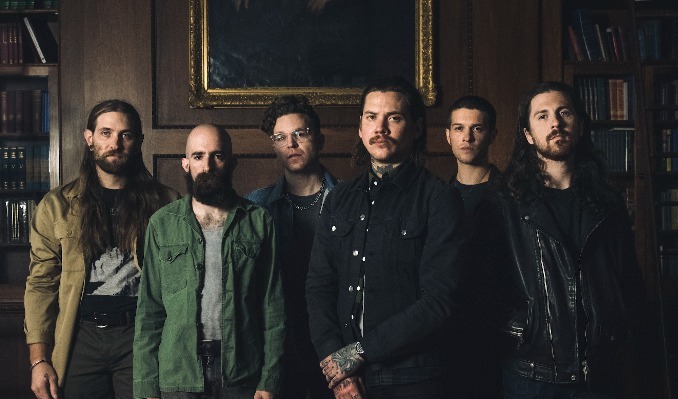 The Devil Wears Prada is storming back with their much-anticipated EP release "ZII" landing on May 21, 2021. The band are well-known for their early definitive albums including 2009's "With Roots Above and Branches Below", 2010's "Zombie EP", and 2011's "Dead Throne" that spawned a new generation of metalcore, along with their intense live performances including several headlining stints on the Warped Tour and in support of massive groups like Slipknot and Slayer on the Mayhem Festival, as well as tours with A Day to Remember, Parkway Drive, and Bring Me The Horizon. "ZII" sees the band writing a new musical chapter, finding the group redefining an agressive metal sound with intricate guitar work, passionate vocals that evoke a cinematic zombie onslaught, and complex and grooving drumwork that hammers throughout the EP. Says Mike Hrancia on the lyrical inspiration, "Before, there were five songs about how to fend off the apocalypse. Now, there are five songs of hopelessness against the hoard.” The band re-entered the conversation with the release of "The Act" in 2019, realizing a new sonic vision with songs like "Chemical" and "Lines of Your Hands" showcasing both Mike Hranica and Jeremy DePoyster's vocal range as well as the songwriting abilities of Jonathan Gering and Kyle Sipress. The Devil Wears Prada is singer Mike Hranica, vocalist/guitarist Jeremy DePoyster, guitarist Kyle Sipress, keyboard player Jonathan Gering, bassist Mason Nagy, and drummer Giuseppe Capolupo.
Read More

AmazonOfficial WebsiteFacebookMySpaceTwitter
*Service and handling fees are added to the price of each ticket.
Buy Tickets
Marathon Live